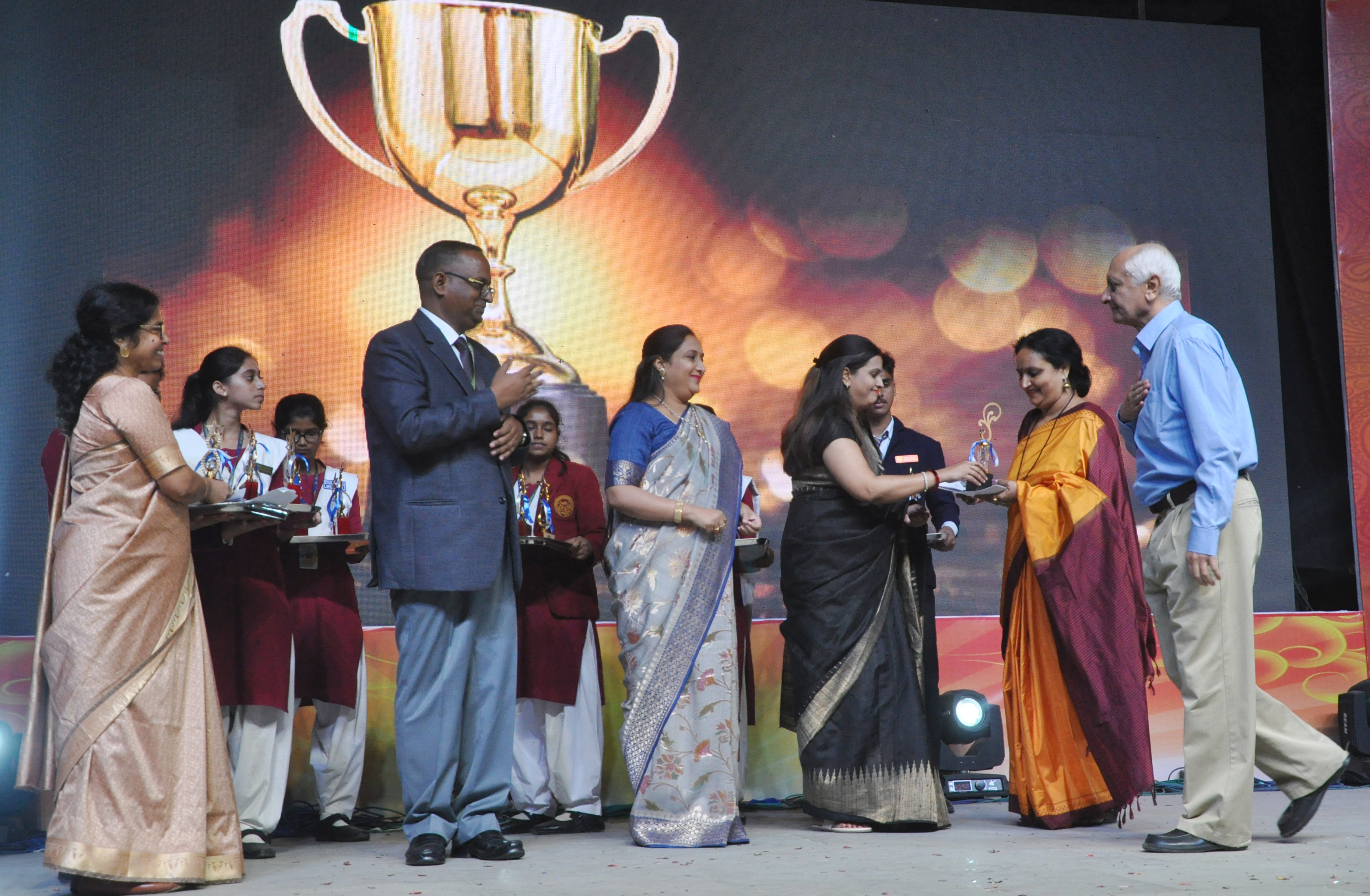 ‘
St.Michael’s High School, celebrated its Annual Day on 23 rd November,2019 at 5 p.m. with enthusiasm in
the school premises to commemorate the theme –‘Parenthood ,A Gift of God’ . The prime focus of this
exuberant performances of almost 600 students was to inculcate the basic values of parenthood and the
ways in which it should be cultivated. The performance reminded the audience of the relationship between
a parent and a child and their problems and solutions. The act highlighted the longingness along with the
various stages of life of the child (from the birth of the child, school life, motivation, college days) and the

sacrifices their parents made for them.
The spectacular performance captivated the hearts of hundreds. It was truly a celebration, celebrating the
importance of parents and their sacrifices in one’s life. This gala event also showcased the excellence of
Michaelites in all fields.
The function commenced with welcoming of the Chief Guest, Mr. Kumar Ravi, IAS, District Magistrate,
Patna, Guest of Honour, Fr. Norbert Menezes, S.J., Special Guest, Mrs. Rashmi Rekha and many
dignitaries, Principals of different institutions, Parents and students. The dignitaries were given guard of
honour by NCC and the school band. This was followed by School Anthem. The Bouquet was presented to

the guests as a token of our appreciation. The programme began with the lighting of the lamp by the Chief
Guest, Guest of Honor, the Special Guest, Fr. Rector, Fr. Principal and the Headmistress.
The students of primary wing presented a Prayer Dance which mesmerized the audience. The School
Principal, Fr. Armstrong Edison S.J., welcomed the dignitaries. He said that Parenthood aims at
enhancing joyous and peaceful co-existence. It is necessary to catch them young and train them to
appreciate healthy competition through co-operation and co-ordination.
The programme continued with the prize distribution ceremony to honour the deserving students in various
categories of all wings. Academic excellence awards were given by dignitaries . CBSE Toppers 2018-19 of
12 th & 10 th were given prizes by the Guest of Honor. The hard work of Michaelites brought glory to the
school.
The Chief Guest, Mr. Kumar Ravi, addressed the gathering. He congratulated all the students for their
wonderful achievements in different fields. He also congratulated Fr. Principal, school management and
teachers for their tireless effort in keeping the school’s glory. Special awards were given by the Chief
Guest.
The audience was spellbound to see the excellent performance and the time travel from the beginning to
the end of a child’s journey and the importance of parenthood. The spectators applauded the performance
throughout the event. This event was marked as a great success in the history of St. Michaels.
Vote of thanks was proposed by the Headmistress, Mrs. Vishakha Sinha of St. Michael’s High School.
She thanked the dignitaries, parents, the police department, light & sound facilitators, teachers, staffs and
students for their cooperation for making this event a grand success.
The Samagam ended with the National Anthem.