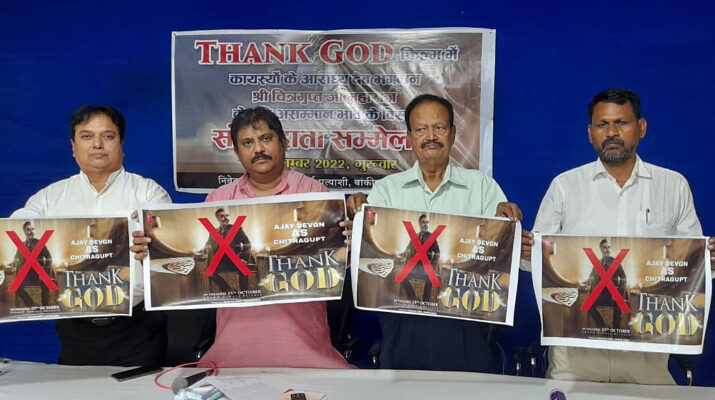 There is a tradition among Bollywood filmmakers to hurt religious sentiments. This is the reason why the Boycott trend has also dominated many films these days. Similar controversy has also started with the upcoming film Thank God. It is alleged that in the film, disrespectful expressions and scenes have been shown about Lord Shri Chitragupta Ji Maharaj, the deity of Kayasthas. In this matter Suraj Sinha, the convener of Chitragupta Mahaparivar, former candidate of Bankipur assembly and senior leader associated with various Kayastha organizations, has expressed his anguish and grief.

Suraj Sinha said in a press conference at Patna youth hostel on Thursday that the way Ajay Devgan portrayed Lord Chitragupta wearing a suit-boot has hurt the sentiments of the Kayasthas. Along with this, the sentiments of Hindus have also been hurt.  In this film directed by Indra Kumar, Ajay Devgn is calling himself Chitragupta and behind him two sages in indecent clothes. Ajay Devgan is saying about Lord Shri Chitragupt ji Maharaj as if Chitragupt ji is an ordinary person. The film is also releasing on the same day as Chitragupta Puja, as seen in the poster. This clearly means that this is being done deliberately, which is a matter of great anger.

Suraj Sinha said that the Kayastha society will not tolerate the derogatory scene of Lord Chitragupta ji Maharaj at all. He asked whether the actors and directors of the film don’t know that Chitragupta ji Maharaj is God. In all the states of India, a large number of their descendants are known as Kayastha caste, who are the priests of the pen. Basically, by writing education, he has been contributing in various areas of the society.

The whole world knows that Lord Chitragupta is the great deity who records the sins and virtues of all beings on earth. After two days of Deepawali, people of Kayastha community worship him not only in India but also in foreign countries. The entire Kayastha society unites with the censor board and the producer-director of the film and demands that this scene in the film should be removed immediately. This has hurt the sentiments of the Kayastha community. The actors including the director of the film should apologize for that otherwise the Kayastha Samaj movement across the country will be compelled and will not allow the film to be released.

In the press conference, retired Deputy Superintendent of Police and senior leader of Kayastha Samaj, Harendra Kumar also reacted strongly and demanded removal of objectionable scenes. He said that such acts for cheap popularity are indecent. On this occasion, President of Youth Division of Kayastha Mahaparishad Pramod Kumar Sinha also said that no one has the right to show objectionable scenes against Hindu culture. Talking about boycotting such Bollywood actors and directors, he said that strict action should be taken against those who play with religious sentiments immediately. Chitragupta Parishad Noida President Sushil Kumar Verma said in strong words that the Kayastha society will not tolerate the insult of Lord Shri Chitragupta Ji Maharaj. 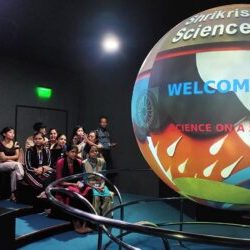 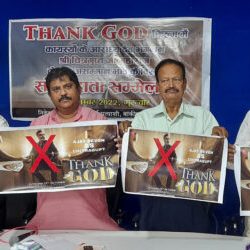 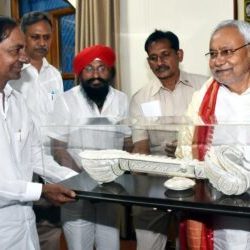 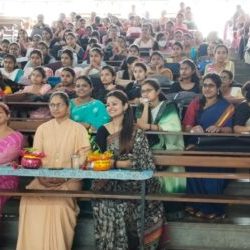