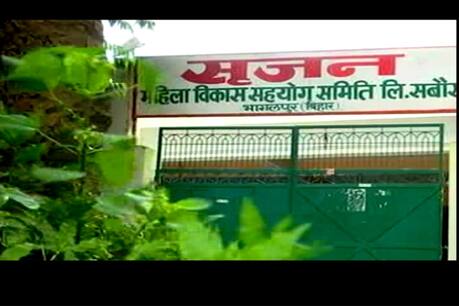 A charge sheet has been filed by the CBI in the Bhagalpur srijan scam case involved in the famous scams of Bihar. Charge sheet has been filed in various sections of Indian Penal Legislation and Prevention of Corruption Act in the special court of Patna.
The CBI has filed a charge sheet on 60 people in which KP Rammaiya, who was the DM of Bhagalpur, Vijay Kumar, Deputy Collector of Bhagalpur, Nazir Amarendra Kumar Yadav, along with Saritha Jha, Secretary of the Sansthan Sanstha, Chairman Shubha Lakshmi, Branch Manager Golak Bihari Panda, The name of the branch manager Anand Chandra Gadai is included. The name of Manorama Devi, the founding secretary of the srijan organization is also included in the charge sheet. Although he has died.
Reacting to the charge sheet filed by the CBI in the creation scam, Leader of Opposition Tejashwi Yadav said that what the government is taking action on in which 55 more scams have happened in Bihar also the people of the state want to know. The fodder scam was only 46 crores, but the government of good governance scam of 3300 crores. The entire game has been played under the patronage of the government. The government is engaged in the rescue of many white robes.
Tejashwi blamed Nitish govt and said that the documents of the government used to go to the account of srijan . Rats are drinking alcohol in Bihar, rats are cutting dams. Don’t know how many scams are happening behind the scam. The government is working to save the big fish that scam.
Please tell that between 2008 and 2014 the srijan scam was carried out in Bhagalpur. Billions of rupees were misappropriated by fraud and forgery from the government treasury. Bihar police was investigating this case first. But in the year 2017, it was handed over to the CBI. CBI has filed charge sheet in 25 cases so far