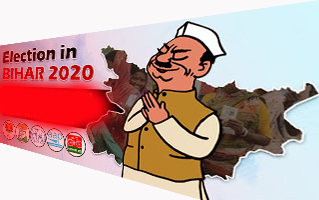 from the desk of executive editor/ Nishant karpatne

In Bihar, general election 2020 for legislative Assembly is round the corner . To bring in better transparency and cleanliness in general election, Bihar election department has written to almost 150 registered political parties whose offices are located in Patna. The message through the letter is very loud and clear. In case, a political party fields a candidate facing criminal cases in court of law, this is to be made public through publication in newspaper within short time only. The party has to explain as to why it is necessary to field a candidate facing criminal charges. Besides ,this information is also to be furnished by concerned political party in a separate format.

It is noteworthy in this context that public and opinion makers have been demanding reforms in our electoral practices. Of late, the demand for reforms has gained momentum and people are asking for such reforms which can stop entry of candidates with dubious records into electoral fray. On analysis of the past records of many MPs and MLAs, it is indeed shocking to find that a good number of them are having criminal cases against them in court of law. Many public representatives are openly known as Bahubali . In democracy, it is expected that genuine and honest people will get chance to represent in legislatures. Let’s hope that with electoral reforms , our democracy will prove to be , Of the people, For the people and By the people.